Sometimes I want to have a centralized GIT repo that is private. I could use another provider besides GitHub or purchase a plan from GitHub but since I already have a Synology NAS I can use for my small private repos I don't see the point in uploading my private data to someone else's servers. I'll probably make tons of small private repos and I will not be collaborating with other (or very few, the NAS can have external ports forwarded to it) so using my local NAS to host my private Git repos makes perfect sense. 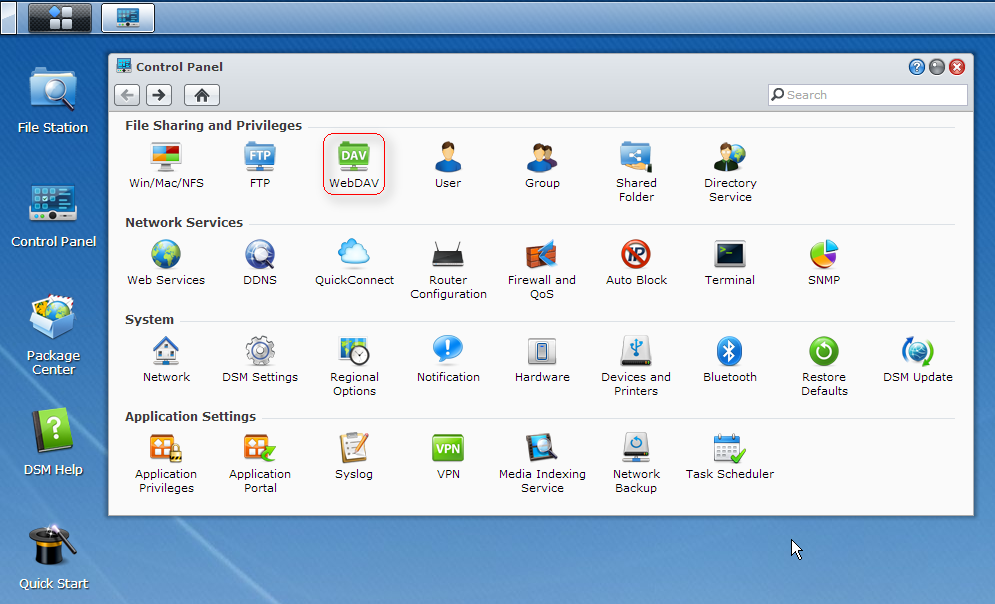 With any compatible WebDAV server (like Synology's) you should be able to host Git repos that can receive commits. The only limitation is that you must locally create a bare Git repo and copy it to the server.

A bare repository is one that does not contain a working copy of the files. This type of repo is stored on a central server and is used for cloning from and pushing to, not for editing any files.

Next, copy the gitproject.git folder to your NAS. You can use any method to copy the folder to the NAS. I created a git-repos folder in my home directory to hold all my repos. The result is /volume1/homes/chase/git-repos/gitproject.git.

On any client you can either start from scratch (clone the empty server repo) like so:

Or you can upload a local repo to the empty server repo.

In both cases the post-update hooks will automatically run git update-server-info for you on every update which creates the required files for clients that access the repo over HTTP/HTTPS. In the examples above change out the username, chase, and the IP address to match your configuration. When possible, use HTTPS for secure communication. Unless you've installed a signed SSL certificate in your Synology NAS then git will refuse to talk to your HTTPS WebDAV server running on port 5006 unless you configure git to skip SSL cert verification. The steps above would become:

And uploading a local repo over HTTPS becomes:

None of the above GIT steps are specific to Synology NAS devices other than the process of enabling WebDAV on the NAS. Any WebDAV server should be usable as a central repository store although I have come across some (Oracle Beehive for example) that won't work.

Installing the Git Server package on the NAS gives you two benefits:

Start by using the Package Center in DSM to install Git Server which you'll find in the Utilities category. 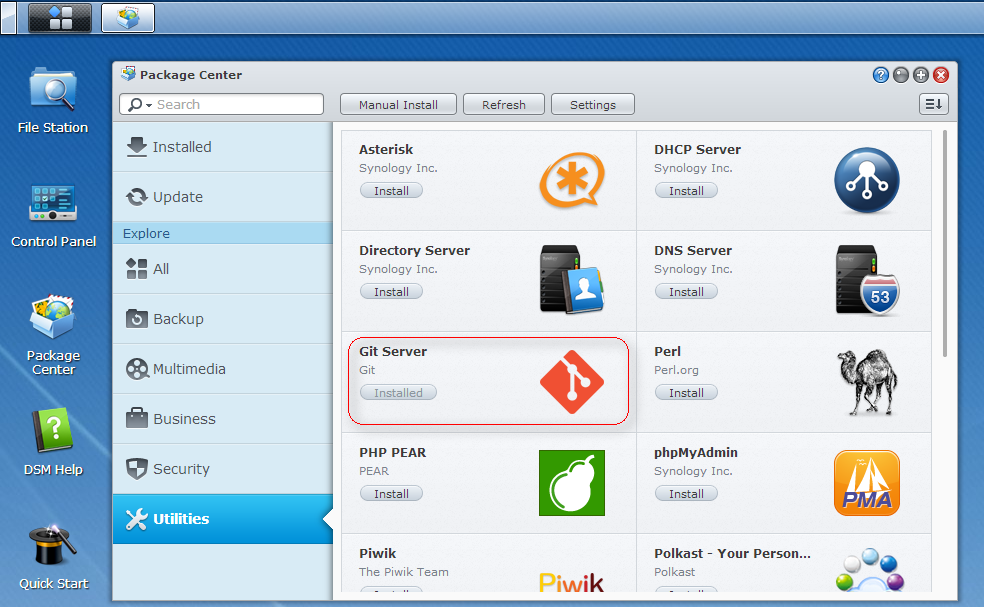 Next, ssh into the NAS device as the root user. You may have to go into the Terminal settings in the Control Panel in order to enable the SSH service.

At this point the repo is created and ready on the server. If WebDAV is enabled clients can start accessing the repo over HTTP/HTTPS. In order for clients to use the SSH protocol you must run the Git Server application on the NAS. From the Application/Start menu, open Git Server. 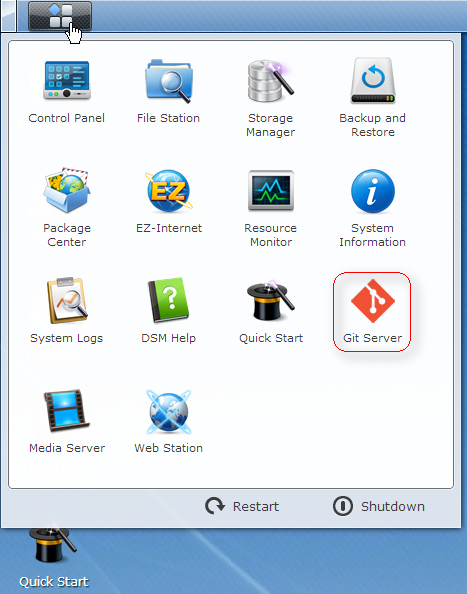 Checking a user name in the Git Server application enables SSH access for the selected user. But not the full log in remotely to a interactive shell type of SSH. It sets up the user to have shell called git-shell which will limit them to only performing git related activities over SSH. You can click on the question mark along the title bar in the Git Server application to get the help page with more detail.

To check out the repo on a client you can perform:

To create and commit a repo on the client side you would perform the following steps:

If you'd like to use SSH key based authentication instead of passwords you can with a couple of steps.

Generate a key-pair with ssh-keygen -t rsa. This command may vary depending on your environment. I'm running under Cygwin on a Windows 7 machine. I'd recommend you set a passphrase when asked otherwise anyone that obtains your private key will have access to your repos.

In the user's home directory on the NAS create a .ssh folder.

Set the owner and permission information on the files. ssh into the server as the root user and run: (change chase on both lines to match your user name)

The Synology SSH daemon doesn't use key based auth by default. To enable it use vi to edit the /etc/ssh/sshd_config file. Find the following lines:

Modify them to be: